A view from the Pirin by Dimiter Georgiev

Bulgaria’s exceptional natural history is well-known to travelers, who have previously joined our wildlife holidays. This tour is designed to diversify our mountain birdwatching, butterfly and botanical experience by introducing you to the wealth of wildlife of Lake Kerkini in Northern Greece.

Day 1
The tour starts from Sofia at 14.00 h in the afternoon at the latest. The tour participants will be picked up either from Sofia Airport, as they are kindly requested to arrive there until 14.00 h (2 p.m.), or from their accommodation place within the city of Sofia, if they have arrived earlier. Transfer south to Pirin and Rila Mountains (2 hours driving).
Accommodation for three nights in the country-side on the saddle between the two mountains.
During the first part of this tour we will explore the Pirin and the Rila Mountains. This is landscape of exceptional natural beauty, boasting high peaks over 2500 m, alpine meadows dotted with glacial lakes, dense forests, spectacular rocky gorges and precipitous cliffs.

Day 3
We will spend the day in the western part of the Rila Mountains, where the Rila Monastery is located. This is a medieval monastery with magnificent mural paintings and icons, included in the UNESCO’s world heritage list. In this area we can expect the Spotted Nutcracker, Common Crossbill, Ring Ouzel (ssp. alpestris), Common Firecrest, Goldcrest, Willow Tit, Rock Bunting, Black Woodpecker, as well as a big variety of flowers and butterflies in lovely mountain scenery.

Day 4
Transfer to Lake Kerkini in Northern Greece.
Having spent a couple of days in the mountains we will move down along the Struma river valley and across the Bulgarian-Greek border to Lake Kerkini in Northern Greece.
On the way to the south we will explore the Kresna Gorge along the Struma river, where we can observe the Blue Rock Thrush, Eastern Orphean Warbler, Golden Eagle. Further down along the river we will have excellent chances to see the Levant Sparrowhawk, European Roller and European Bee-eaters.
We will arrive in Kerkini area in the late afternoon and will check-in for two nights.

Day 5
Full day at Lake Kerkini.
Nestled picturesquely between two separate mountain ranges, Lake Kerkini is one of the true jewels of European birding and the core of a nature reserve that is a relatively unexplored wonderland of beauty and biological diversity. Plenty of Great White Pelicans, Dalmatian Pelicans, Pygmy Cormorants, Squacco Heron and Black-crowned Night Heron, European Rollers and European Bee-eaters, riverside forests, water-lilies and fantastic panoramic view from the mountains of Belasitsa and Krousia give it a characteristic atmosphere. The combination of wildfowl, flora and fauna, good weather for a large part of the year and a virtually traffic-free track around the lake make it ideal for wildlife viewing.

Day 6
Transfer back to Bulgaria – to Melnik area, in the foothills of the Pirin and Slavyanka Mountains, where we will spend another couple of days. The town of Melnik will be our base for the next two overnights.
Melnik is one of those traditional settlements in the mountains turned into open-air crafts and architecture museums, where one can feel what life used to be like a century or two ago. It is also famous for its locally produced wines.

Day 7
Full day around Melnik. The climate and the flora here are predominantly Mediterranean, the dry and rocky terrain encouraging a variety of butterflies and dragonflies to add their color to the displays of wild flowers. Great Banded Grayling, Swallowtail, Freyer’s Purple Emperor and Hungarian Glider are just a few of the butterflies recorded here. The interesting birds to be seen include the Long-legged Buzzard, Short-toed Eagle, Eurasian Stone Curlew, European Bee-eater, Eurasian Hoopoe, Rock Sparrow, Greater Short-toed Lark, Calandra Lark, Tawny Pipit, Isabelline Wheatear, etc. The Rozhen Monastery (on about 30 min driving distance from Melnik) is also to be visited.

Day 8
Transfer to the Trigrad area of the Western Rhodope Mountains via the mountain pass in the southern part of Pirin Mnts. En route we will stop in many picturesque sites with a lot of flowers, butterflies and dragonflies, meadows and small wetlands. We will arrive in the area of Trigrad in the late afternoon and will accommodate there for two nights.

Day 9
The Western Rhodopes and Trigrad Gorge
The Rhodopes are mountains with quite different nature in comparison with the previously visited Pirin and Rila mountains. Their western part with rounded, pine-covered hills is occasionally cut by streams and rivers running through deep gorges. One of them is the famous Trigrad Gorge – the realm of the Wallcreeper. This beautiful bird can be seen constantly flicking its crimson-and-black wings while investigating rocky nooks for food. The vertical limestone cliffs resound with the noise of numerous Alpine Swifts and Eurasian Crag Martins and echo with the shrill calls of the Peregrine Falcon. The range of interesting and colorful plants here include Haberlea rhodopensis (the so called ‘Orphean flower’), Sideritis scardica, Scabiosa rhodopensis, Campanula cervicaria, Hypericum montbretii, Verbascum humile, and many species of orchids. The butterflies include many Balkan species: blues, graylings, fritillaries and more.
While in this area we can test one of our hides for Brown Bear observation. There we have good chances to see also the Wild Boar, Roe Deer, Badger, Brown Hare, Pine Marten, European Wildcat.

Day 10
Morning walk in the meadows around the hotel (possibly to hear and see the elusive Corncrake) and then transfer to the Eastern Rhodopes. It will take about 5 hours driving, but we will stop several times on the way. We will arrive in the Eastern Rhodopes in the late afternoon and will accommodate in Krumovgrad or Madzharovo for two nights.

Day 11
The Eastern Rhodopes (Krumovgrad and Madzharovo area)
Quite different is the view of the Eastern Rhodopes – it is a mountain of jagged peaks, towering cliffs and sparsely vegetated, boulderstrewn slopes. The most spectacular bird residents there are the Eurasian Griffon Vultures, as well as the Eurasian Black Vulture and Egyptian Vulture, White-tailed Eagle, Golden Eagle and Eastern Imperial Eagle, which are also frequent visitors of the feeding tables, one of which we are going to visit today. We will see many Black Storks feeding in the rivers and enjoy the colourful Eurasian Turtle Dove, Western Rock Nuthatch, Red-rumped Swallow, Blue Rock Trush, Black-headed Bunting, etc.

Day 12
Transfer to Sofia via the historical town of Koprivshtitsa – a small town situated in the region of Sredna Gora Mnts., unique with its cobblestone alleys, houses painted in bright colors with expansive verandahs and picturesque eaves.
En route we could stop to explore a small oak forest with a good population of Masked Shrike, and forests and meadows in the southern foot of the Central Balkan Mnts.
One night in Koprivshtitsa.
Day 13
Two hours transfer to Sofia for a departure from Sofia Airport.
If have time before departure we can do a sightseeing in Sofia, incl. Boyana Church (UNESCO site), or we could visit the Vitosha Mnts in the southern vicinity of Sofia. 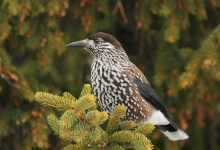 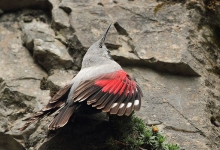 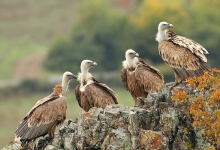 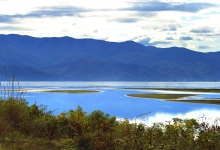 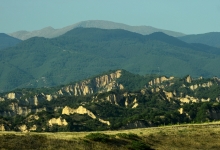 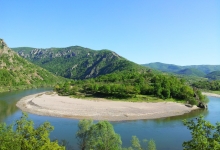 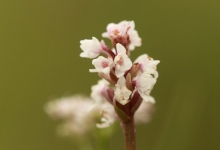 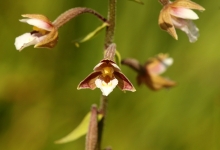 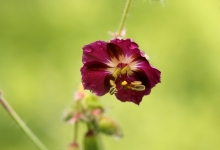 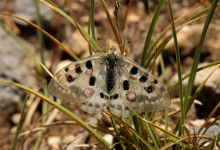 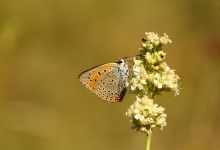 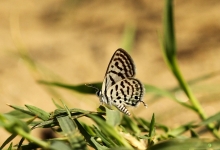 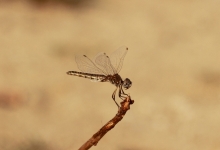 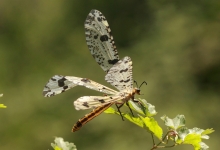 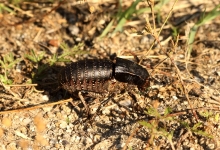 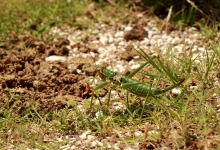 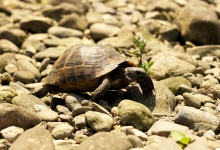 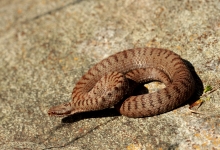 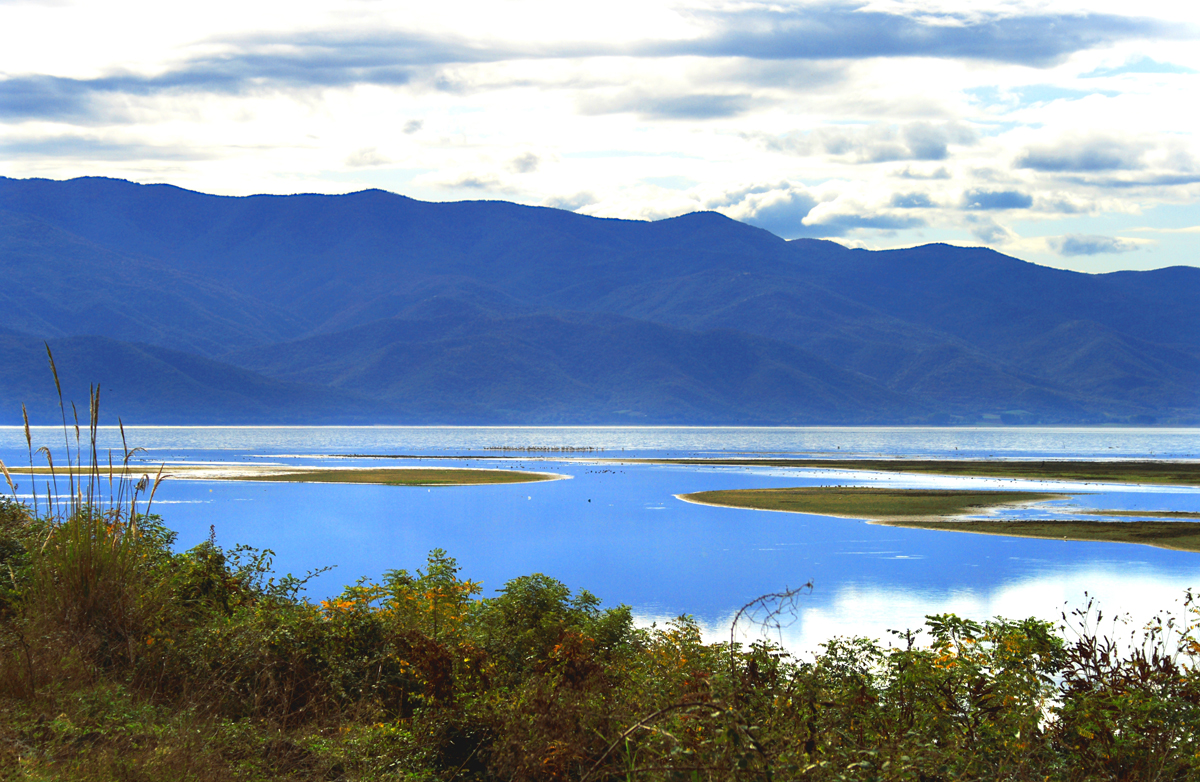 The prices include:
– The ground transport by van or small bus (depending on the group-size), including the transfers from / to Sofia Airport;
– Accommodation in family-run middle standard hotels in double/twin bedded en-suite rooms;
– All breakfasts, lunches and 3-course dinners;
– English speaking expert guide during the whole trip;
– Entrance fees in the protected areas

The prices exclude: entrance fees in the museums

Use of Brown Bear hide (optional): 50 EUR per person per evening/night 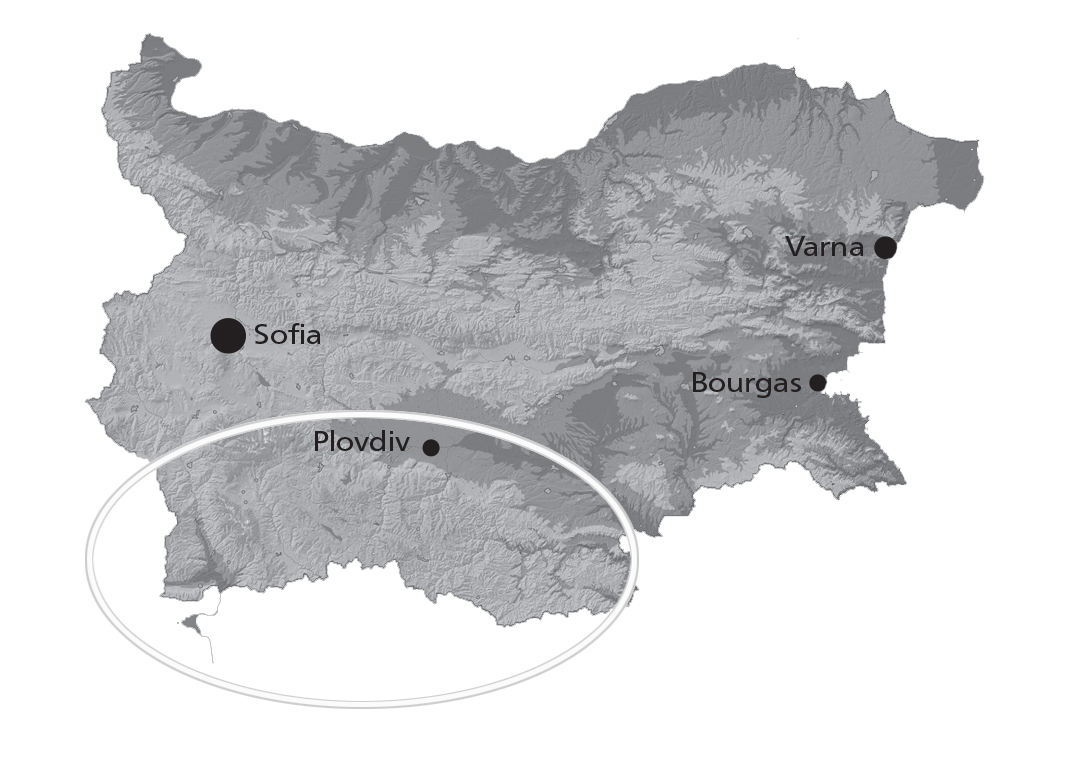 Arrival at Sofia Airport and transfer south to Pirin and Rila Mountains;

The northern part of the Pirin National Park;

Transfer back to Bulgaria – to the area of Melnik, in the foothills of the Pirin and Slavyanka Mountains;

The Western Rhodopes and Trigrad Gorge;

Morning walk in the meadows around the hotel and then transfer to the Eastern Rhodopes;

Transfer to Sofia via the historical town of Koprivshtitsa;

Transfer to Sofia for departure from Sofia Airport.