The Red-breasted Geese are still numerous 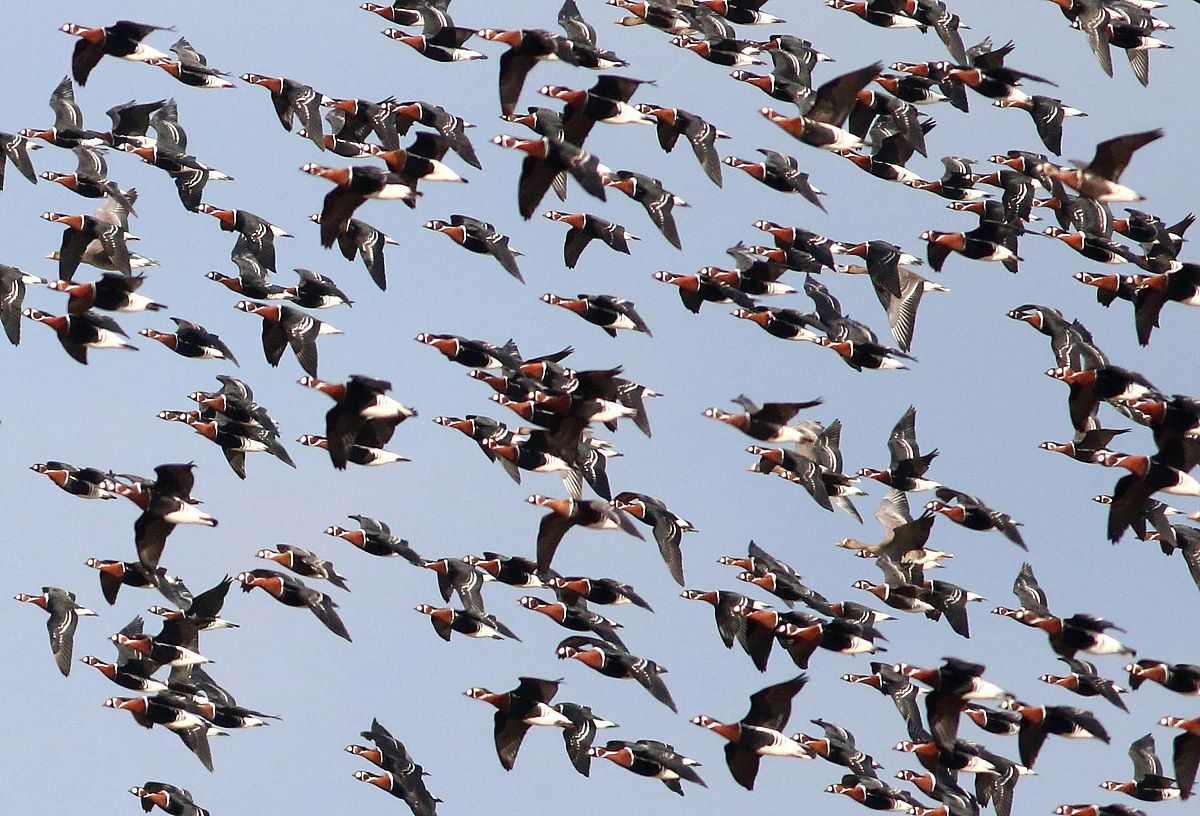 The Red-breasted Geese (Branta ruficollis) are still numerous at the lakes of Shabla and Durankulak, North-eastern Bulgaria. On February 15, 2017 we counted 23’780 Red-breasts, together with 47’000 White-fronted Geese and 160 Greylag Geese. In one of the flocks we also spotted a Lesser White-fronted Goose. The geese are actively feeding in the winter crops by the lakes to accumulate energy for their 6000 km long flight back to Siberian tundra.

Although the number of the wintering geese in Coastal Dobrudzha is stable this year, it is still important to ensure their survival and reduce the threats they are facing. The main one is the hunting disturbance in November, December and January, which we target by patrolling and working jointly with the regional forestry and environment authorities. This winter alone we have prevented or stopped over 100 poaching cases.

Compared to the situation in the region during the second half of January, when the cold weather and the intense hunting at the lakes drove most of the geese south to the Bourgas wetlands, now the flocks are concentrated again in their traditional wintering grounds around Shabla and Durankulak. Since the beginning of February, when the hunting season ended, the birds are less restless and enjoy greater peace when grazing around and roosting on the lakes. The Red-breasted geese have already started to form pure flocks and now we have about two weeks more to enjoy these magnificent birds before they leave north to their breeding grounds.

« With the new year, the number of Red-breasted Geese has increased
We have a new Wallcreeper site »